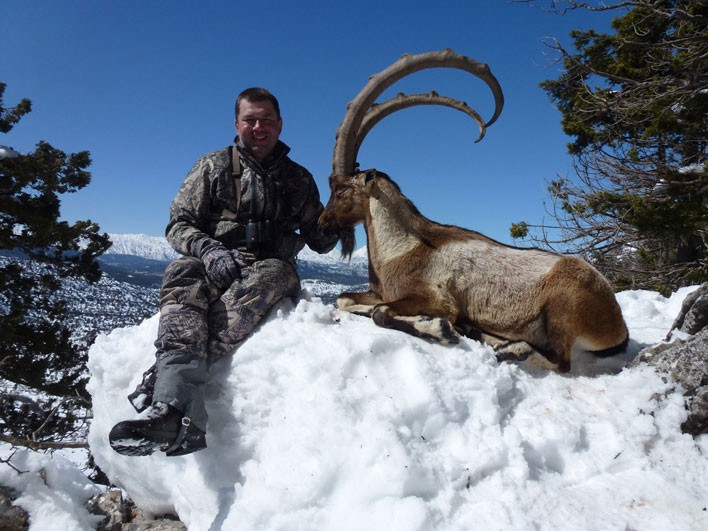 Explore the country that builds on old and rich history, and at the same time is a member of modern world. Turkey represents a cultural mixture, a synthesis of east and west, while it geographically bridges Europe and Asia. This country combines natural beauties with its 10 000-year-old heritage thus giving a unique opportunity to learn and enjoy the life and culture in so called Asia Minor. From the Taurus Mountains of the Mediterranean to the Mercan Mountains of Eastern Anatolia and the Kackar Mountains of the Black Sea region, this area is inhabited by many game species such as Anatolian Ibex, which is indigenous to Turkey, Anatolian Chamois, Anatolian (Konya) Sheep, East Anatolian (Armenian) Sheep, Mid-Asian Brown Bear and Anatolian Wild Boar, Anatolian Red Deer, Roe Deer, Wolf and Lynx.

Although Turkey is situated in large Mediterranean geographical location where climatic conditions are quite temperate. The diverse nature of the landscape, and the mountains that run parallel to the coasts, result in significant differences in climatic conditions from one region to the other. While the coastal areas enjoy milder climates, the inland Anatolian plateau experiences extremes of hot summers and cold winters with limited rainfall. In summer, temperatures can get as high as 95-104 F (35-40 C), while winters can be cold (as low as 5 F or -15 C). Spring and autumn are usually rainy, but it can be sunny and warm until late October. The official language is Turkish. English is widely spoken in major cities. Standard time is East European zone time (GMT +2 hours). From the first Sunday in April to the last Sunday in October Daylight Saving Time is observed. Voltage is 220-240V, continental plugs (two-pin) are used.

Armenian Sheep, Chamois, Bezoar Ibex: September 15 – December 1; August 1 – March 31. The best dates for Ibex are in the end of December as the Ibex exhibits a special color during the rutting season.

Red Deer and Roe Deer: The best time for the hunt is from mid-September through mid-October, when the bulls start roaring in rut.

Wild Boar: Hunting can be organized all year around. Best  time for driven hunt is between October 1 – March 31 and for the high seat between May 1 – October 31. Best time for stalking is between December 20 – March 31.